THE TOUGHEST RACE ON EARTH: RACE ACROSS AMERICA

THE TOUGHEST RACE ON EARTH: RACE ACROSS AMERICA

The Sena-Supported Team One Mile cycling team is about to get a first hand taste of how Race Across America earned its second moniker "The Toughest Race on Earth". 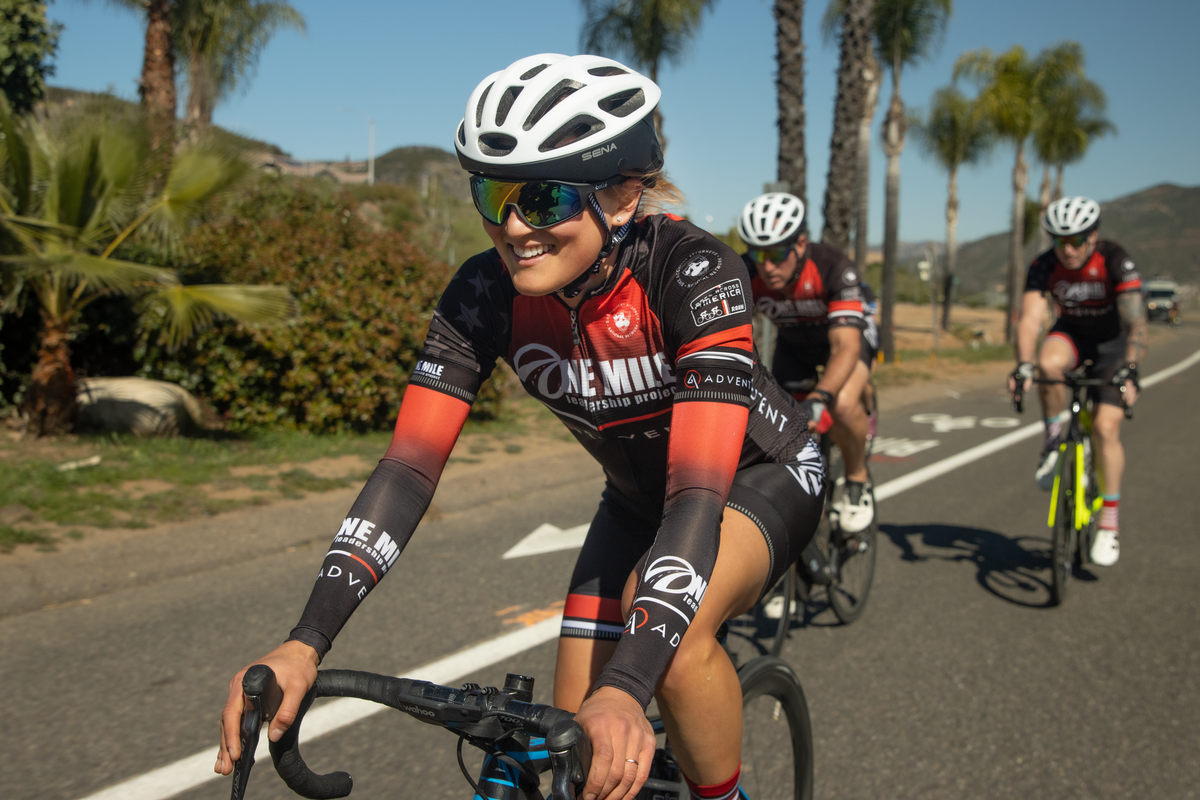 Team One Mile will take off from Oceanside, California on June 19th and charge all the way across the United States towards the finish line in Annapolis, Maryland. The team's ambitious goal: to hold an average bicycle speed in Race Across America fast enough to cover over 3,000 miles in a blistering 6 to 7 days. If Team One Mile misses their average bike speed target by much, the 8-rider squad will miss RAAM's cutoff time of 9.5 days and face elimination. Getting kicked out of the RAAM would be a devastating fate for the team of 8 riders and support crew after nearly 2 entire years of preparation...

WHO IS TEAM ONE MILE:

Team One Mile is a group of 8 riders and 20 crew hailing from across North America, hand picked from the One Mile Leadership Project. The One Mile Leadership Project is a proactive community of professional/retired athletes, military members, authors, coaches, corporate CEOs and leaders, focused on showing support, growing awareness, and inspiring action within the community. One Mile's aim is to assist those suffering in silence, people suffering from PTSD, addiction, abuse or the invisible thoughts of suicide. It was co-founded by Mike Campbell and Kris Bachman. Team One Mile’s 8 riders include:

To prepare for the RAAM bike race, riders have been training on their own, and the entire team (including the crew) has been researching Race Across America strategies, creating elaborate logistical plans and meticulously planning equipment choices. Team One Mile's racers will be relying on Sena's R1 EVO Smart Helmets. This particular Sena bike helmet was chosen by Team One Mile as the best bicycle helmet for racing across America, primarily to remain seamlessly connected with each other, as well as for its many safety features.


THE STRATEGY TO WIN RACE ACROSS AMERICA:

In order to cross the United States of America by bicycle in such a short time, Team One Mile's eight riders will split into 4 pairs, and ride in a relay format. During 6 hour shifts, one pair will alternate riding at a time. Over the course of 6 hours, the duo will swap back and forth between riding a bike (in front of the team follow vehicle) for 21 minutes, and recovering in a second vehicle with the help of a few dedicated crew members for the next 21 minutes.

But during the transition between the incoming and outgoing cyclists, critical time is won or lost. With so many exchanges between cyclists over the course of this ultra endurance cycling race, seemingly insignificant seconds and minutes can quickly accumulate.

This is where the Sena R1 EVO bike helmet becomes a huge advantage for the cyclists on Team One Mile during RAAM: Clear communication between riders during transitions, as well as with the support vehicle during mishaps will minimize downtime, and help the bike racers save precious energy. The use of the R1 EVO’s bicycle helmet communication will be a first for any participants in Race Across America.


As the rider on the road is nearing the end of their 21 minute shift, they will be notified by the team crew through their Sena Smart Helmet. The rider will begin to communicate with the teammate who is about to take over, sharing information like their current speed and the wind conditions, to help make the transitions smooth and efficient. This will help the fresh teammate build up to an appropriate momentum without burning too much energy (think of revving an engine hard, versus gently turning the throttle) as the incoming rider catches up to them. It's just as important to do so without riding so fast that the fatigued rider has difficulty overtaking them. The moment the two riders' wheels overlap, the transition becomes official.  A crew member will load the fatigued rider's bike onto the leapfrog vehicle as the rider climbs in, and the driver waits to take back off. 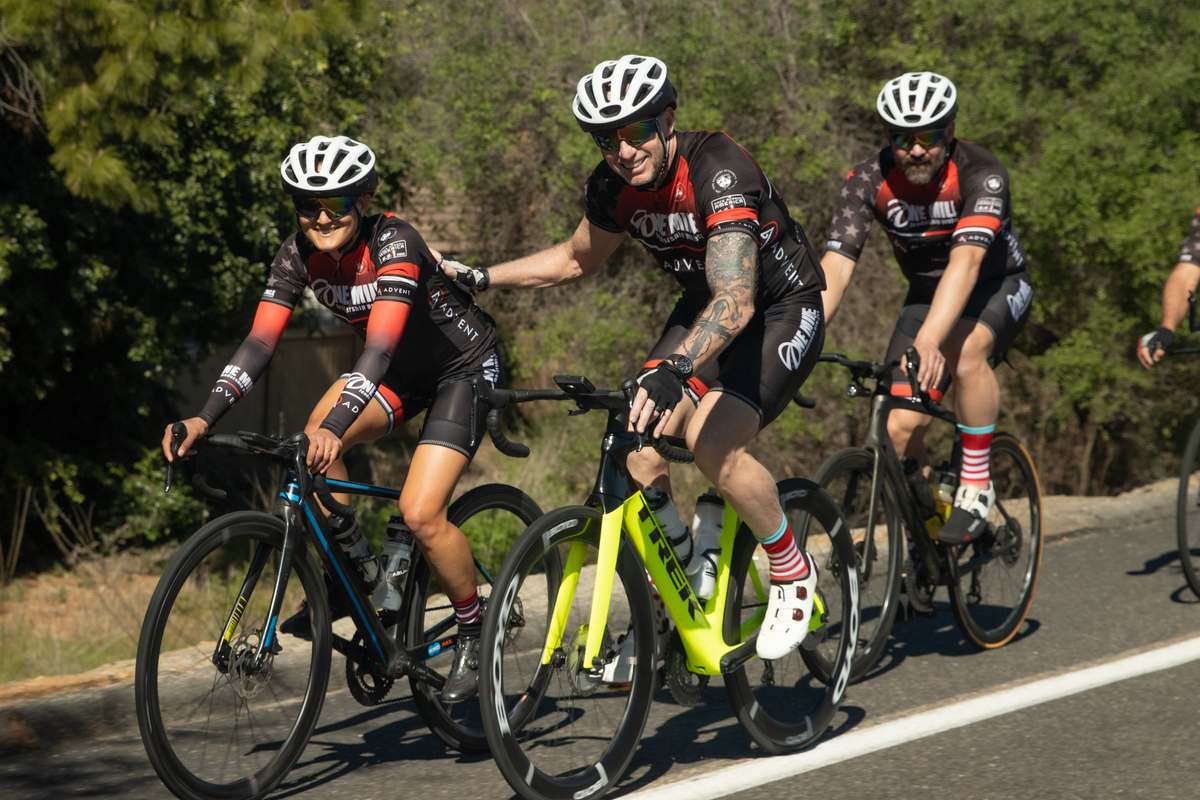 RECOVERY DURING RACE ACROSS AMERICA

After 6 hours, when their shift is done, the pair will migrate to Team One Mile's large RV van that will be stationed ahead. A new duo will take over, moving into the leapfrog vehicle and on-road positions.

The RV is a moving base-camp where the remaining 3 pairs can rest and prepare for their upcoming shifts. They will also be making 21 stops at first responder locations and military bases across the country to speak about One Mile's mission. The RV is also the area where the crew will prepare food, wash clothes, do mechanical work on the bikes, help with recovery, recharge every Sena helmet, and find solutions to any issue that is bound to come up in the audacious bike race.

Communication between the cyclists wearing the Sena R1 EVO smart bike helmet is especially important during daylight, when the send off will happen in motion. During the night, transitions must take place at a standstill during Race Across America.  During the night, the R1 EVO helmet was also chosen as the best bike helmet because of its integrated tail light feature. RAAM's strict bicycle safety rules require all riders to have a front and rear light illuminated at all times during the event. Though Team One Mile riders will have bicycle lights mounted on their bikes, the additional bike helmet light will serve as a perfect back up.

Mechanical mishaps and accidents are also bound to occur at some point over the 3,000 plus mile bike race. Communicating mechanical and physical issues with the support crew in the follow vehicle will help keep the riders safe, and ensure that help will come their way in the most timely manner possible. Team One Mile's crew supporting the bike racers will be equipped with Sena's industrial communication system, the Tufftalk M, which is compatible with the R1 EVO Smart helmet thanks to Sena’s easy-to-use Mesh technology.

Other crucial equipment to have on hand to race RAAM: plenty of spare parts (chains, tires, tubes, spokes, wheels, cleats...) and ample clothing. The World's Toughest Race crosses through scorching deserts, high mountain passes, through prairies, and will inevitably pass through the most inclement weather. Being prepared with the right material, optimizing the team strategy, working in unison and remaining connected throughout the race are elements that are as essential as riding the bike itself.

RIDE CONNECTED; TECHNOLOGY FOR EVERYONE

Riders like Team One Mile are tackling what may be the biggest cycling challenge they'll ever face. Other cyclists choose to ride a bike for fitness, for transportation, or even for a way to enjoy time with friends. Sena has a smart bike helmet that enhances the ride for any person who rides a bike, no matter what they're doing it for. You'll enjoy staying connected with friends in your group, not being able to take hands-free phone calls, jamming to music, following podcasts and even hearing GPS directions from a phone with Sena's helmets.


ABOUT THE R1 EVO

An upgrade to the standard cycling helmet, the R1 EVO combines industry leading communication technology and safety into a sleek helmet. Communicate with other riders using built-in Mesh intercom technology. The helmets feature built-in speakers and microphone allowing for simple helmet to helmet communication. Speakers are located just above the rider’s ear so that they are still aware of surrounding sounds such as traffic. In addition to the intercom, riders may also pair a smartphone in order to listen to music, GPS, take phone calls and more. 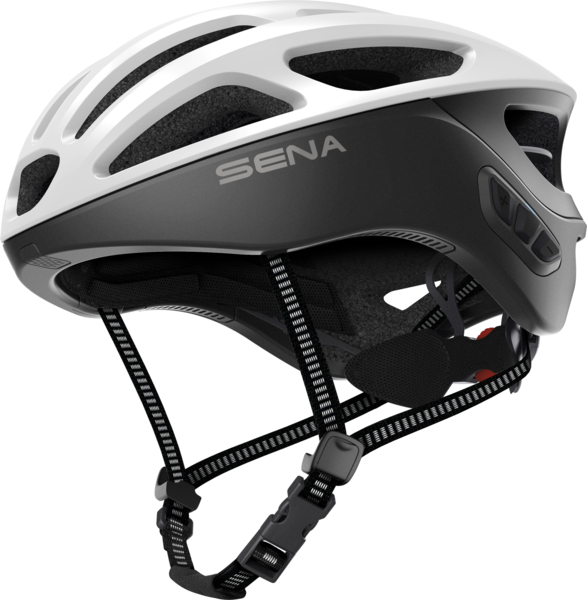