Sena is proud to announce our partnership with Sena Adventure Seeker, Brian Deegan. Brian Deegan has competed in Motocross, Freestyle Motocross, Rally Car, and Short Course Trucks for over 3 decades. He now spends his time and dedication on family.  Brian and his family use the 50R Mesh 2.0 Intercom Headset, Tufftalk M Headset, and the 10C EVO Bluetooth Motorcycle Camera to ride connected.

Brian left his hometown of Omaha, Nebraska at age 17, to make it as a motocross rider in Southern California. In just a few years, Deegan was already making waves on the motocross tracks. Six years after moving to California, Brian started making significant changes to the sport he had traveled there to pursue. A turning point came in 1997 at a supercross race held in the Coliseum in Los Angeles. It was then that Brian introduced the world to a new style of riding. He pioneered Freestyle Motocross by abandoning his bike mid-flight and “ghost riding” across the finish line while winning the race.

Brian made history again in 2003 by becoming the first Motocross rider on Earth to land a 360. Brian nicknamed his incredible 360 feat the “Mulisha Twist” after his race crew and clothing line, Metal Mulisha.

With 14 X-Games medals to his name, including X Games Gold medal in Rally Cross, Brian Deegan has had an undeniably phenomenal career. Brian has the most medals of any rider in the history of FMX at the X Games. Brian’s first major win was at the 1997 Los Angeles Supercross. He was also the 2009 award winner of The Lifetime Achievement Award at Transworld Motocross. 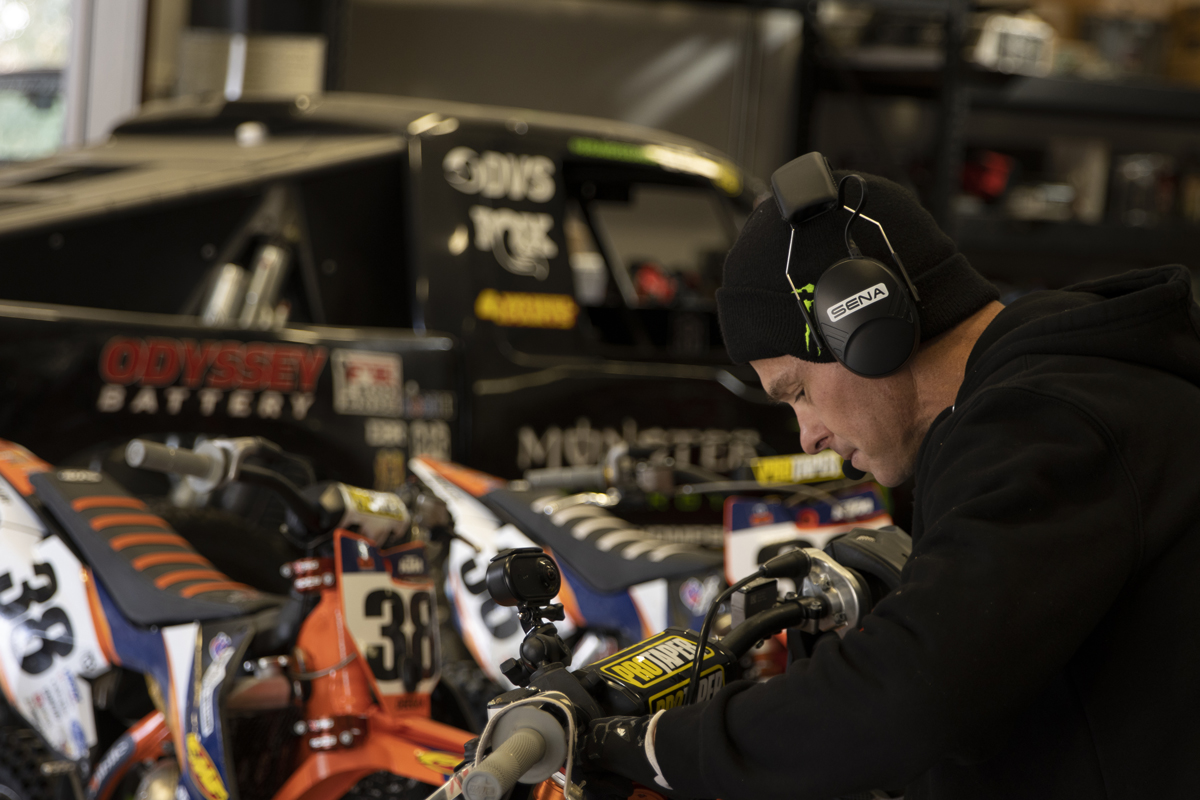 You can find out more about Brian’s path to legend-status in his action-packed biography, Blood Line: The Life and Times of Brian Deegan. The documentary follows Brian from motocross rebel to supportive father as his children blaze a trail toward the next generation of motorsports.

As well as changing the very landscape of motocross, Brian has taken on the world of off-road racing. Deegan first took to off-roading in 2009, competing in the Lucas Oil Off Road Racing Series, where he took home a championship win in the Unlimited Lites division. In 2010, Brian went back to the Los Angeles Coliseum, which is where he landed his 360 Mulisha Twist during a Motocross event 7 years before. During his 2010 return to the track at the Coliseum, Brian won two second-place finishes in rally car racing events. In 2011, he again made history by winning both the Pro Lite and Pro 2 LOORRS rally car championships in one season. 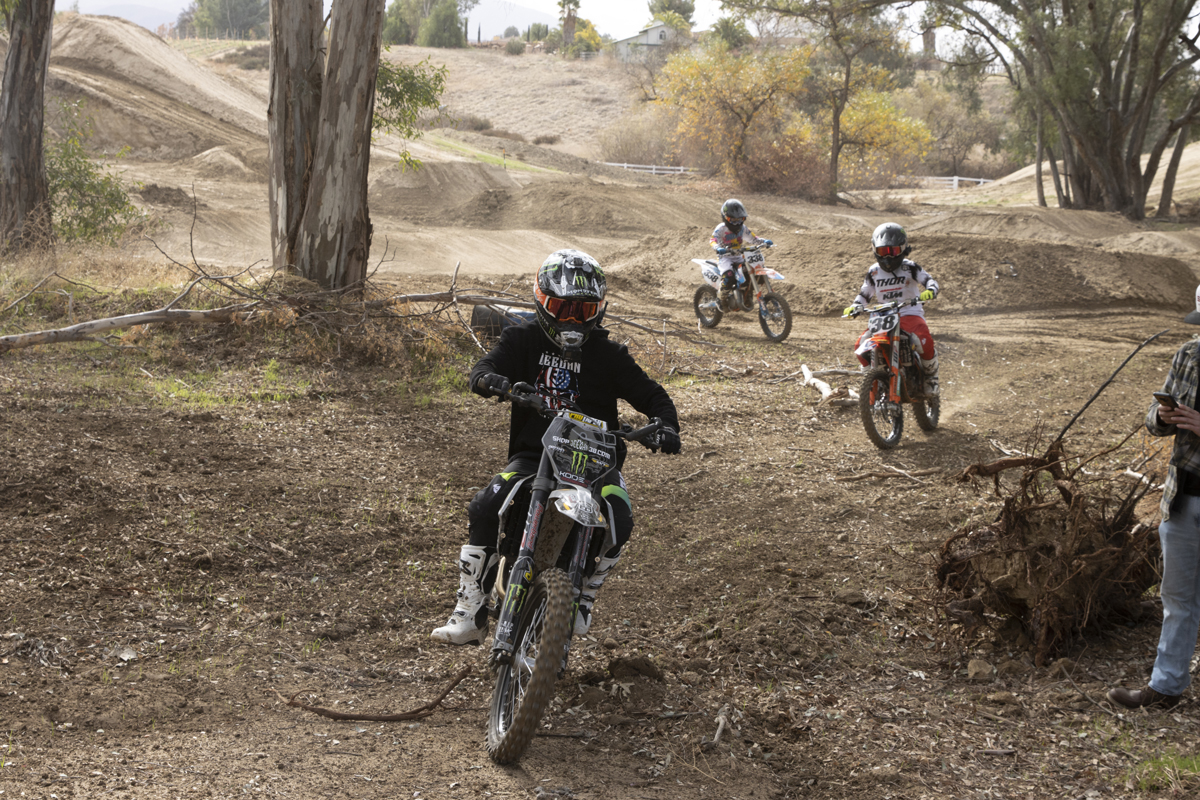 Brian and his wife Marissa have three children, each of whom are naturally talented riders. Daughter Hailie and two sons, Haiden and Hudson Deegan, have all been hitting the track since they were very young. They now bring both the speed and skill they were born with to racing, and have worked hard to become the best.

The younger riders in the family have much to learn from their legendary patriarch. To facilitate the passing of knowledge in real time, the Deegans use our 50R Mesh 2.0 Intercom Headset, the Tufftalk M Headset and the 10C EVO Bluetooth Motorcycle Camera. Both sons, Haiden and Hudson, have entered the world of motocross, and with the capabilities of the 50R and 10C EV they can communicate with each other while also filming for their YouTube channel, The Deegan's.

Motocross prodigy Haiden “Danger Boy” Deegan was just 3 years old when he first rode a bike and 6 years old when he rode in his first race. By 10, Haiden had become the youngest person in the world to ever land a backflip on a motorcycle. At 11 years old, he had already won the 2017 Loretta Lynn Championships. Haiden has now won over thirty championships at every level he has competed in.

With guidance from his dad, Haiden trains relentlessly. The Deegans even have an SX track in their backyard. Whenever Haiden and his motocross-rider younger brother Hudson need a change of scenery, Brian gets behind the wheel of a bulldozer and rearranges their backyard track.

The youngest of the three, Hudson Deegan, also known as “Huckson Deegan” is 9 years old and already turning heads in the motocross world. Like his kin, Hudson started riding at a very young age.

In 2019, Hudson rode to victory in the Anaheim 2 Supercross KTM KJSC challenge. As well as his natural talents, Hudson is known in the family as quite the comedian and by his social media fans as the fearless rider that he is.

Hailie started riding dirt bikes when she was 7 and progressed to racing at the age of 8. In 2013, Hailie became the first female to ever win a championship in the Junior 2 Karts season of the Lucas Oil Off Road Racing Series. Hailie went on to launch her career as a pro stock car racer in 2018, winning the NASCAR K&N Pro Series West Rookie of the Year. She is currently a full-time competitor in the ARCA Menards Series.


Sena Technology that the Deegans use to Stay Connected

The 50R and 10C EVO allow the Deegans to communicate, stay safe, record their journey and learn from one another. As well as wishing he had this kind of tech when he was growing up, Brian says that using Sena products captures “some funny moments with @dangerboydeegan and @hucksondeegan. Sena improves our experience and helps improve rider safety while riding motos." 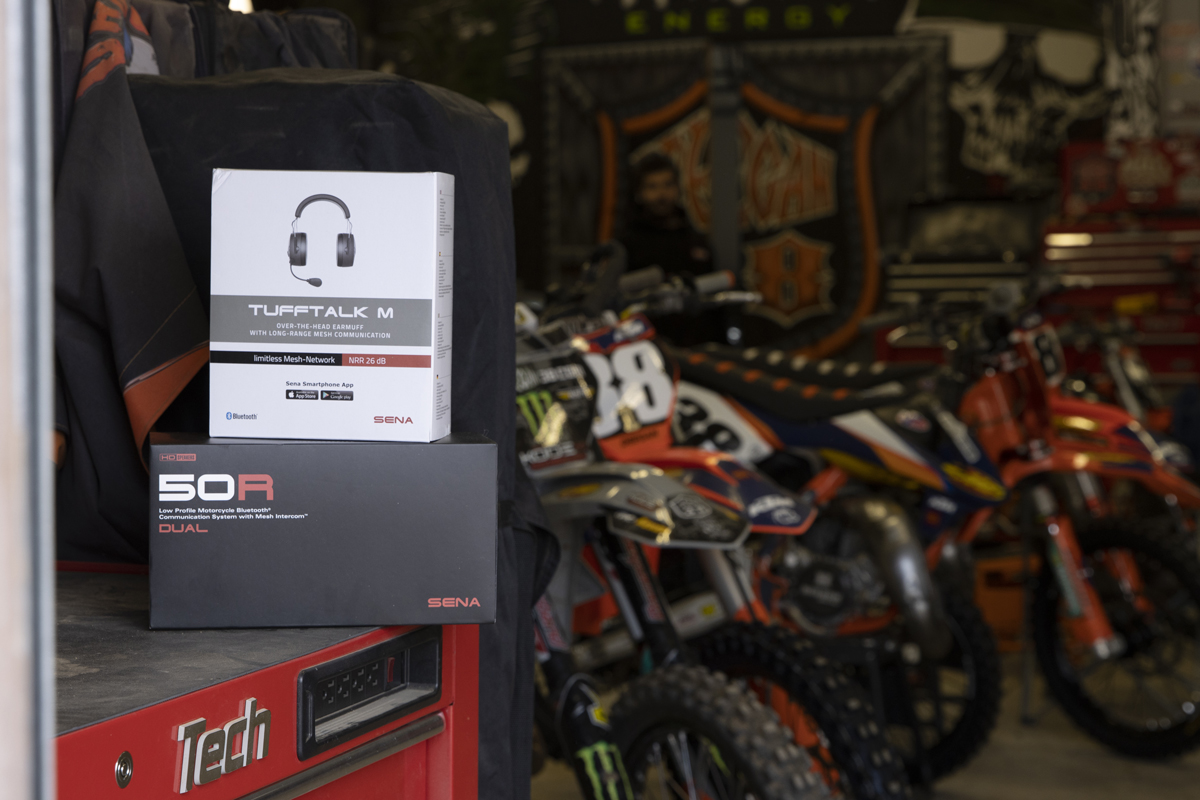 The 50R Mesh 2.0 Intercom couples Sena’s most advanced technology to date with a low-profile, sleek yet rugged design. Tested and proven by over 100 competitors and staff across the wilds of New Zealand during the Int. GS Trophy 2020, the 50R continues Sena’s long tradition of Advancing Adventure. With its sleek good looks, rugged durability, and next-level technology, the form and function of the 50R combine to set a new standard for motorcycle communication.

About the 10C EVO

The Tufftalk M headset provides top-of-the-line communication with hearing protection and noise reduction for loud tracks and worksites. Brian Deegan uses the Tufftalk M to communicate to his sons as they race around the practice track. 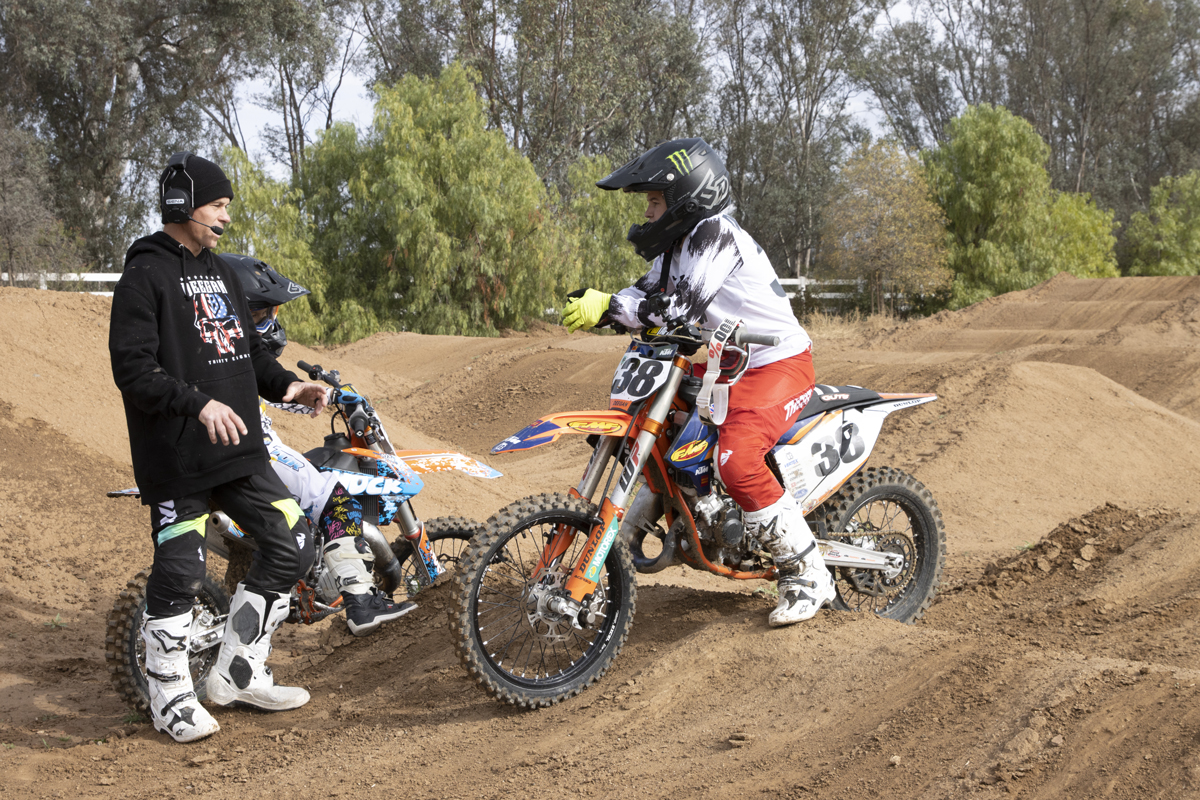 Sena has teamed up with Brian Deegan to give away a 50R and a Tufftalk M headset. The Tufftalk M communication headset is the perfect track training tool, it allows anyone off the track that's not wearing a helmet to communicate with a rider that is wearing the Sena 50R.

(Open to US Residents Only)

Speaking about the 50R to David Pingree and Kenny Watson on The Whiskey Throttle Show, Brian Deegan said “It works. We actually use these things and it’s an advantage. I would not want my competition to have it–that’s how big of an advantage it is to us.”