The Ride Connected series is designed to tell the stories of motorcycle enthusiasts, how their desires take form in their craft, and how it is presented to others. Today's story introduces us to a person who found a lifelong passion in motorcycle building when she chopped and built her first bike...in the confines of her kitchen!

Meet Savannah Rose. Her entry into the motorcycle world was influenced by her mother, an owner of a Sportster. As it so happens, that bike was Savannah's first motorcycle, with the caveat that she wouldn't chop it. So of course Savannah went ahead and did so! As she put it, she was short person and she wanted to ride something she could feel comfortable on and be something she could fall in love with.

One small issue: her garage didn't have heat. The only way she could use a welder was by shoving the stove aside and plugging the welder to the gas. So like any chef crafting a master dish, Savannah got to work, building and welding her personal ride. Her efforts were rewarded as she now rides her Sportster and continues her passions in the motorcycle field. 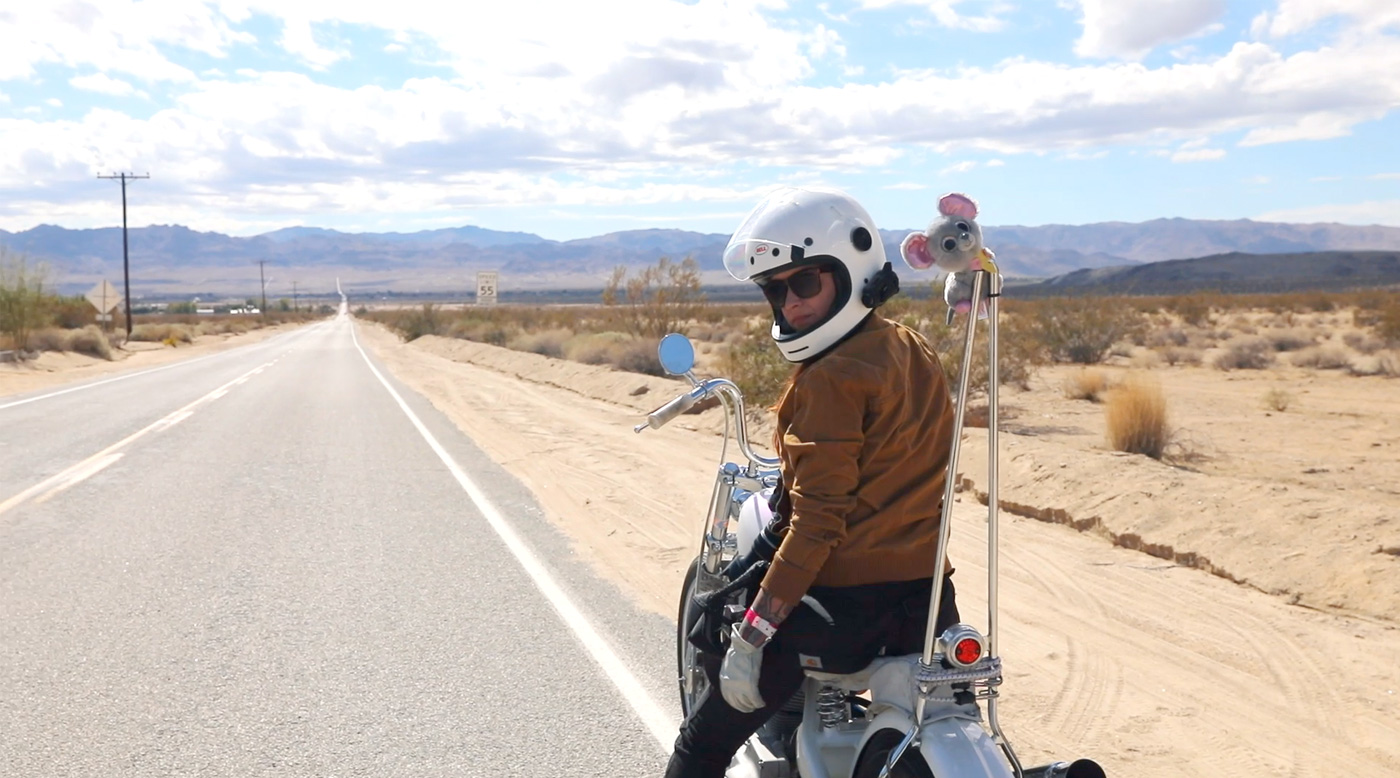 This year, as a request, Savannah built a mini version of her kitchen-built Sportster for the 1Motorcycle Show in Portland. As she was thrilled by the reactions of visitors checking out the miniaturized ride, she reflected on the motorcycle community and how it has become a second family to her. Her worries of how other builders would receive her disappeared as she began asking questions on how to do certain tasks and the community responded in earnest and support. Savannah feels that this new family has taken her to new heights as she continues to build and ride.